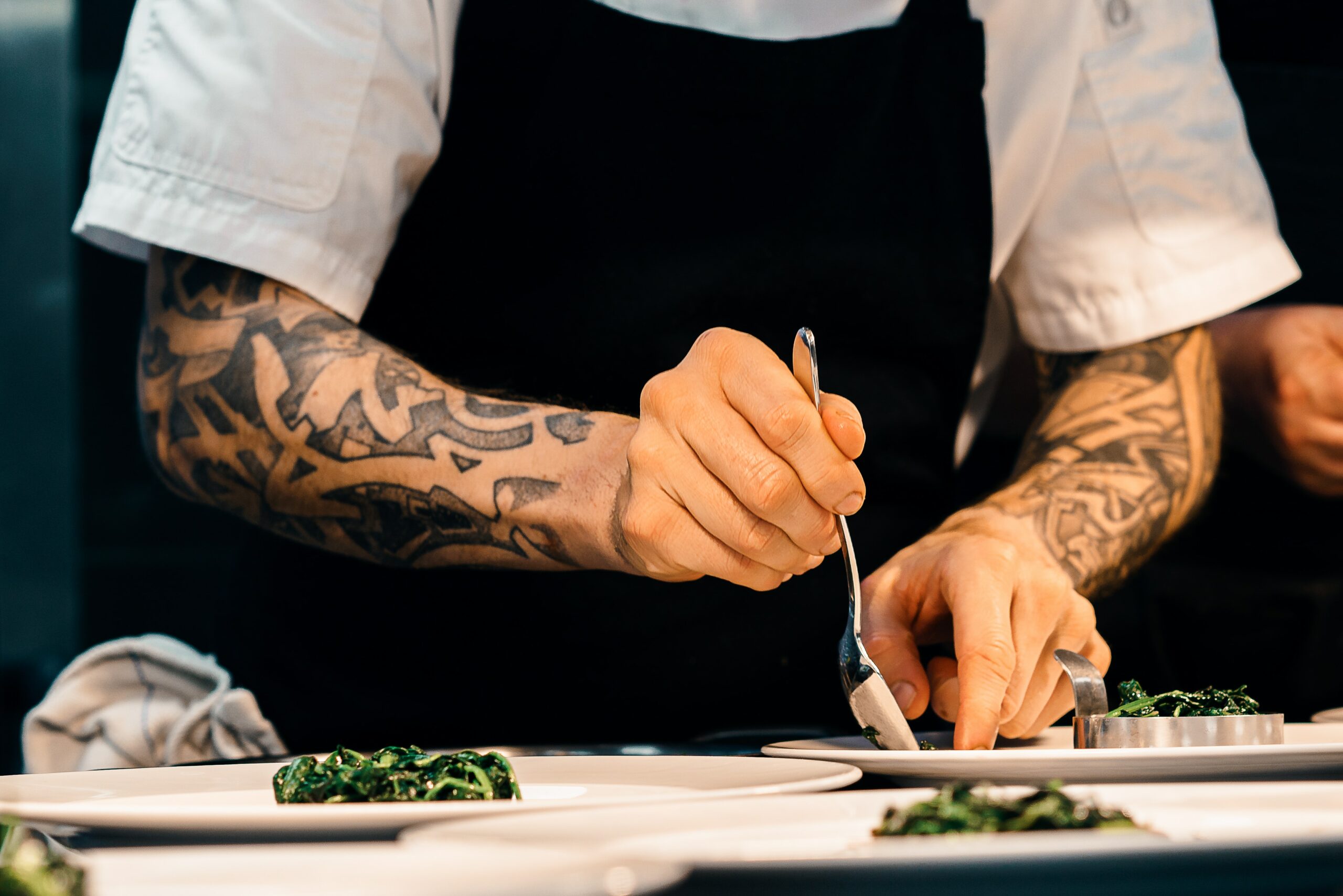 Coral Gables is shaping up to be the dining destination of South Florida with these enticing, chef-driven restaurants.

Whether you’re looking to experiment with new flavors or try authentic cuisine, these hot spots have a carefully curated menu that will satisfy any palette. 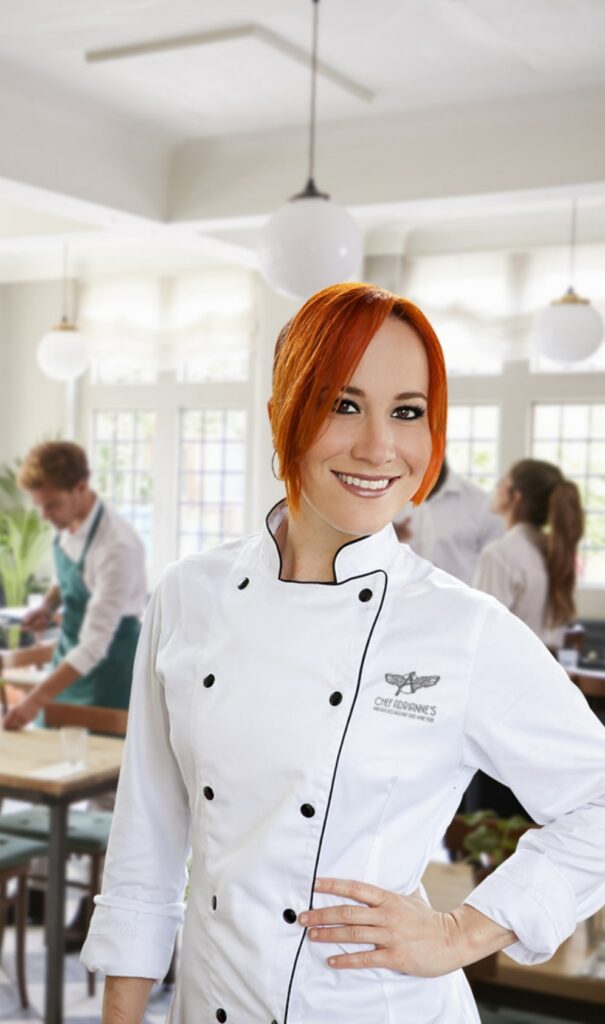 Chef Adrianne Calvo has taken her signature Maximum Flavor style under the sea! Redfish by Chef Adrianne serves as a rebirth of the famous Redfish Grill inside the historic Matheson Hammock Park.  After years of traveling across the United States’ seafood capitals and the French Riviera, immersing herself in various cultures and learning from actual fishermen, Chef Adrianne has created a menu that mixes new American seafood with traditional fish house classics.

With the opening of Redfish by Chef Adrianne, patrons can once again head into Matheson Hammock Park looking to enjoy the only waterfront restaurant in Coral Gables. 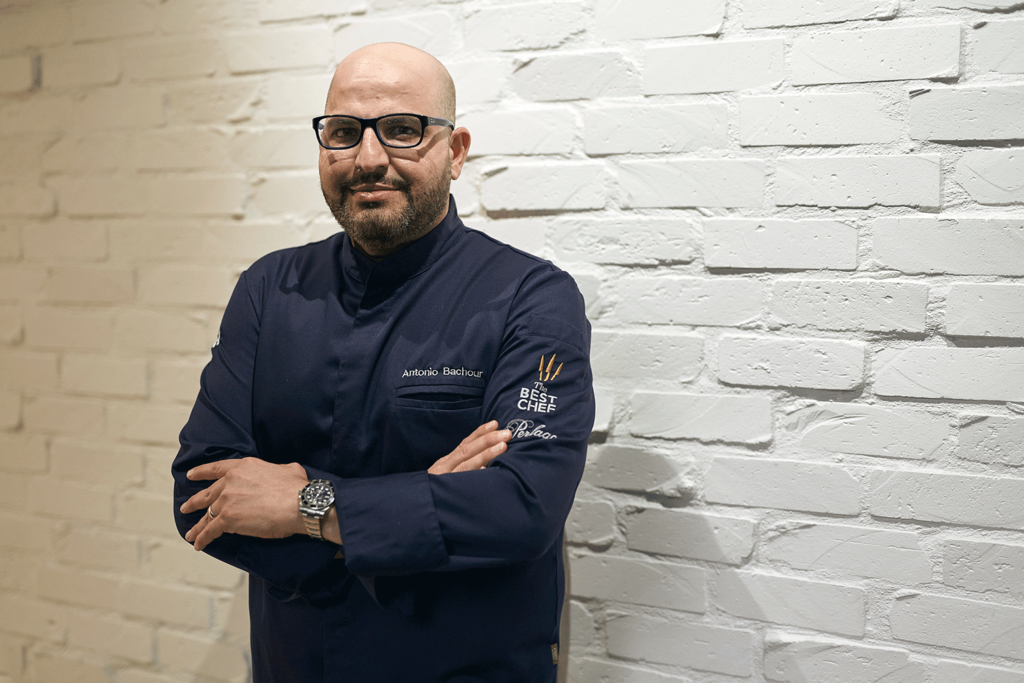 Antonio Bachour grew up in Puerto Rico and was hooked on pastry from a young age, thanks to a childhood spent in his family’s bakery. He dedicated his first few years honing his trade in Puerto Rico as a pastry cook at Sand Hotel and Casino and Westin Rio Mar. In search for a better place to continue growing professionally, 2001 found Bachour States-bound, in Miami Beach, as executive pastry chef at Talula. Pretty soon he was trying his hand at Italian delicacies at both Devito South Beach and Scarpetta in New York and Miami.

Bachour’s local and international fame was cemented during his tenure at the Bal Harbour St. Regis where he was Executive Pastry chef from 2011 until 2016.

He has spent the bulk of the past few years since leaving the St. Regis, teaching pastry around the world, and working on his flagship store which opened in Coral Gables in the spring of 2019. 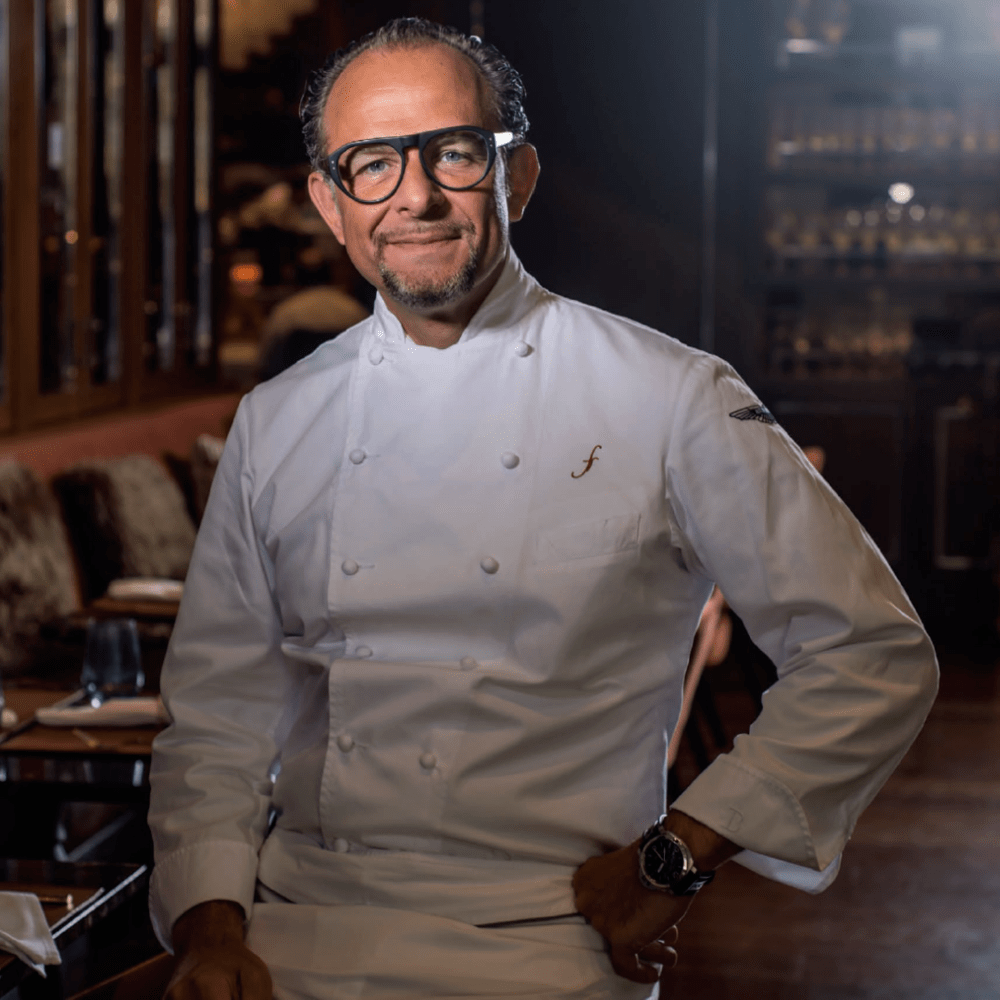 Originally from the Marche region on Italy’s Adriatic coast, Fabio Trabocchi is widely celebrated among the world’s leading restaurateurs.  A Food & Wine Magazine Best New Chef and recipient of the esteemed James Beard Award, Trabocchi has passionately pursued the goal of creating a world class hospitality organization offering the finest dining experiences in the world. His growing restaurant group, with properties in Washington DC, Northern Virginia, Miami, and Venice, Italy, has brought him many accolades, yet his inspiration remains grounded in family traditions from Italy, Spain, and the United States.

Whether at his Michelin-starred fine dining flagship, Fiola; the Spanish seafood and tapas mecca, Del Mar; the glamorous destination for Italian coastal cuisine, Fiola Mare; or the three locations of his neighborhood pasta house, Sfoglina – Trabocchi’s signature remains an uncompromising commitment to quality and making guests feel special at every visit.

Since 2009, Trabocchi has built Fabio Trabocchi Restaurants into one of the preeminent restaurant groups in the world.  Trabocchi has received acclaim from media including The New York Times, The Washington Post, The Wall Street Journal, Bloomberg, Food & Wine, Esquire, Departures, GQ, CBS, NBC, Washingtonian, and dozens of others. 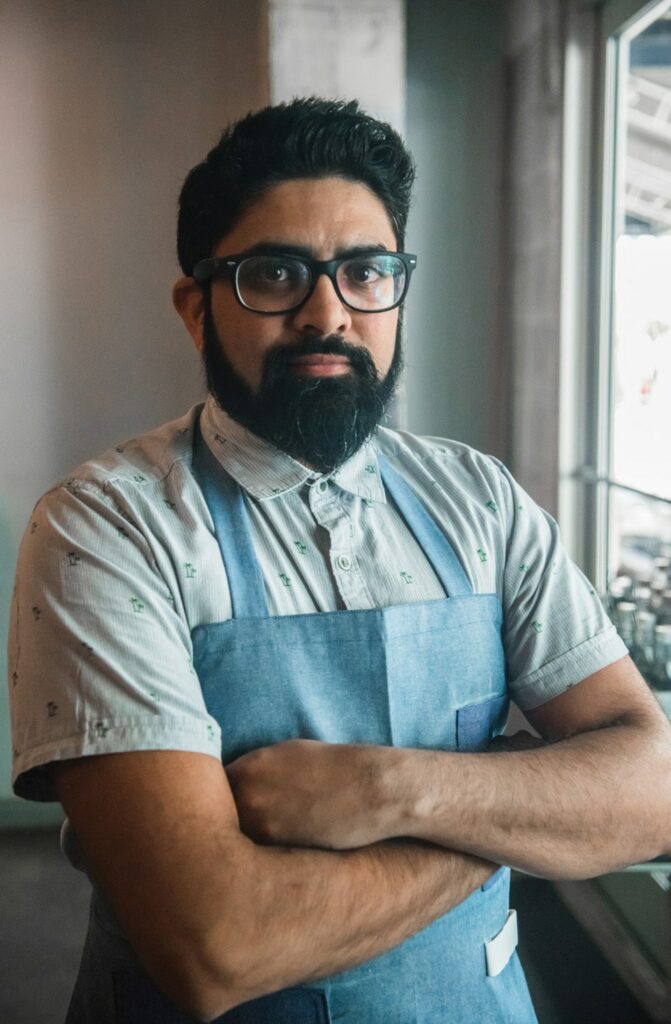 Recently featured by The New York Times, indulge in a true farm-to-table experience at Mamey, as Chef Niven Patel sources much of the restaurant’s produce and herbs from his own two-acre farm in Homestead, located just an hour south of THesis Hotel Miami. Mamey’s seasonal offerings are complemented by fun, innovative cocktails that will transport you to the tropics. Draping leaves, rich textures, warm woods, and tropical artworks create a relaxed, yet exciting atmosphere best enjoyed with friends and family over a delicious meal. 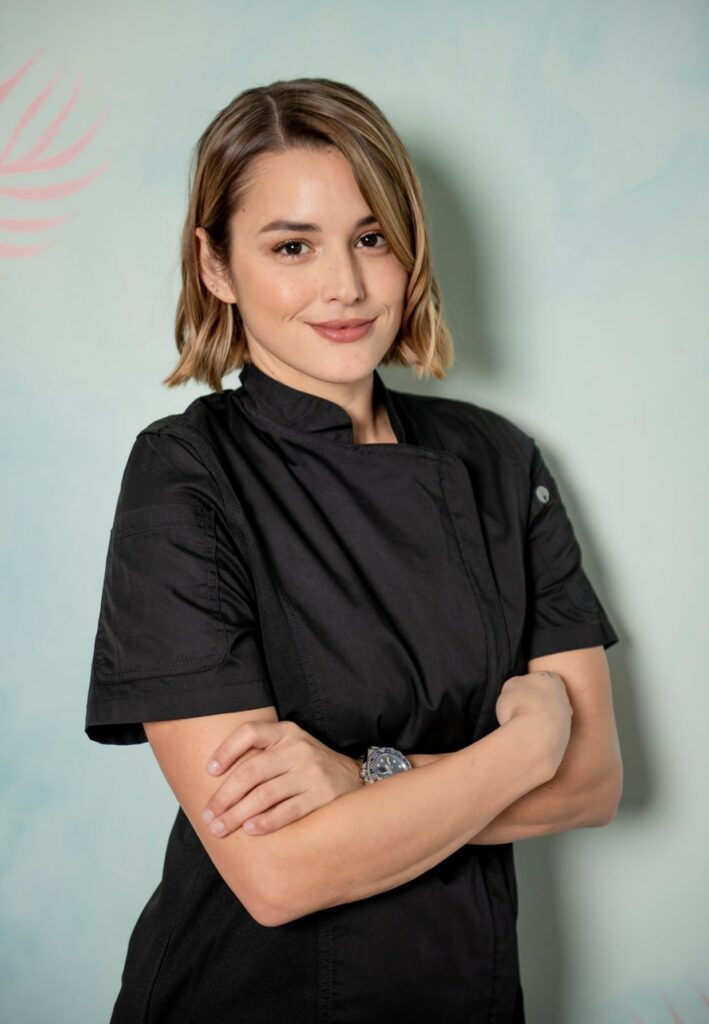 Many will say Miami Native Monica “Mika” Leon and founder of Caja Caliente, was born to be in the culinary world! Leon began her journey with food in 2012 in her early 20’s.. Soon after graduating with a degree in Public Relations from Gainesville, she sought out to commence her career in the big apple. New York City surprisingly brought her back to her family roots. Surrounded by so many different cultures and immense food scene, she was instantly inspired to soul search and dive into exploring her family history in the culinary world.

After migrating to Spain from Cuba in the ’60s, Leon’s grandfather opened a chain of Cuban restaurants ran by him and their family in the ’70s. As they sometimes say history repeats itself, and Monica “Mika” Leon did not fight the want imbedded in her bloodline.

Shortly after gaining knowledge on her family’s past, and moving back to Miami, she began dabbling into cooking. Leon, began her first business at 21, Mika Bites, a catering company where she baked empanada and pastries. Fast forward 5 years Leon, went full throttle and merged her passion for food, cooking, and family, creating the perfect career for herself, this was the inception of Caja Caliente, as Leon opened with her first restaurant via food truck in April of 2016. 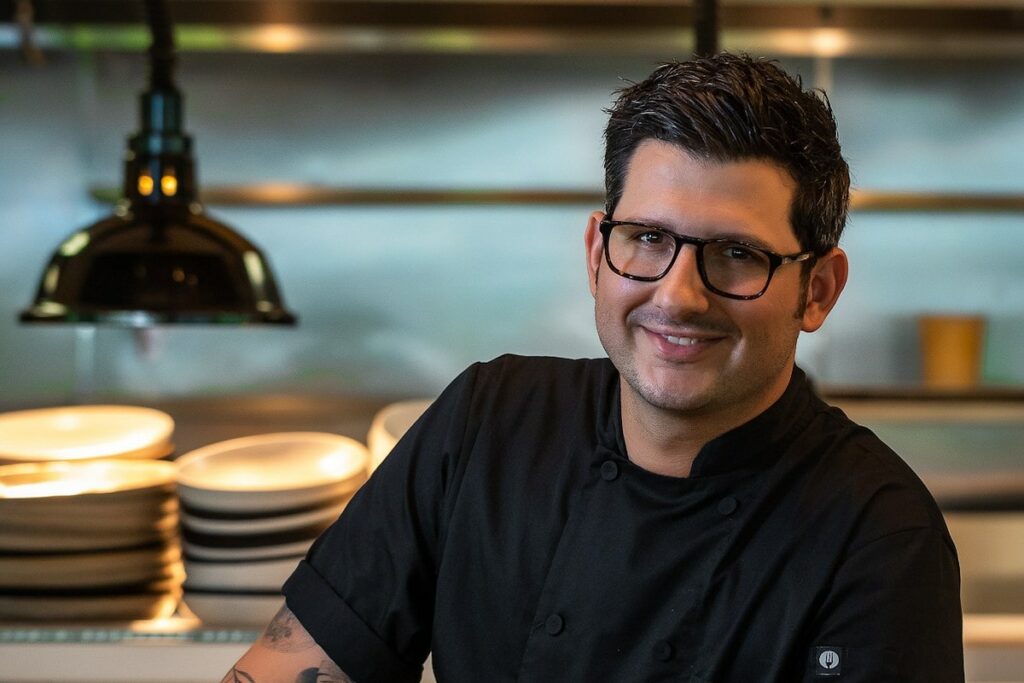 Giorgio Rapicavoli “is a culinary wizard” gush fans of the Miami-raised chef who whips up “unusual, unexpected treasures” at this Coral Gables “favorite”specializing in New American small plates; the “laid-back environment”, graffiti-inspired art and “super-friendly” servers all contribute to a “cool atmosphere”; P.S. the “Cap’n Crunch pancakes” at Sunday brunch are a “breakfast lover’s dream. – ZAGAT 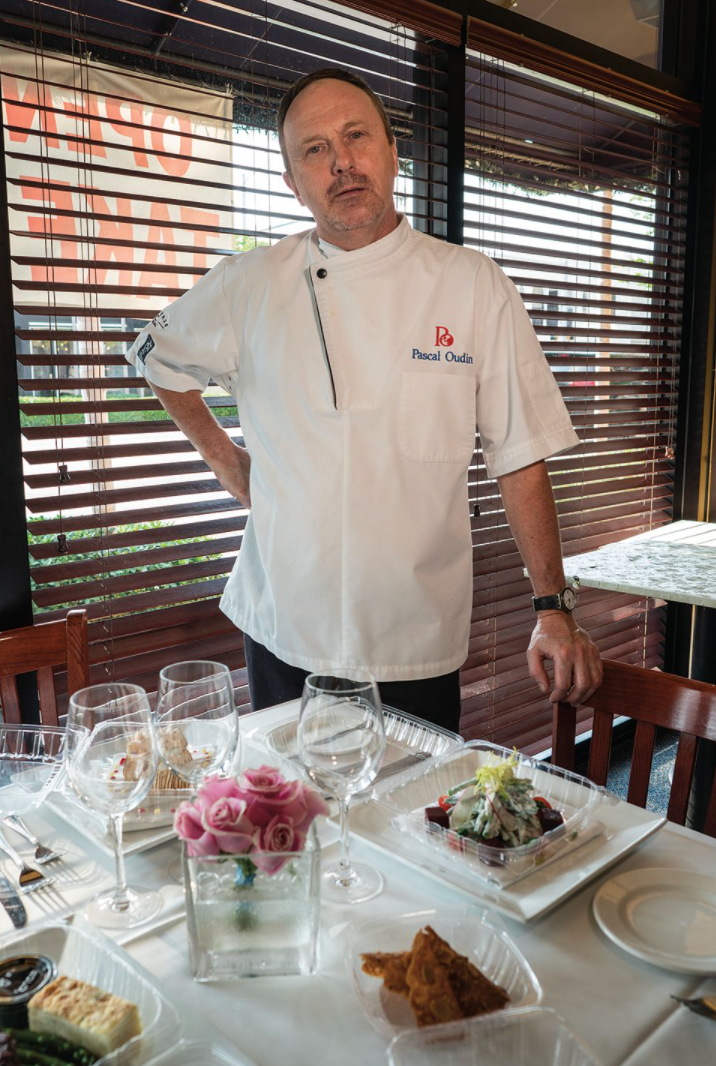 Chef/owner of the award winning French restaurant, Pascal’s on Ponce, in Coral Gables, was born and raised in Bourbon Lancy, France. He fell in love with the culinary arts at a very early age, assisting his mother in the kitchen and began his professional career at the tender age of 13 at a restaurant in Moulins, a small town in France’s gourmet capital of Bourbonnais.

By age 17, Oudin received the prestigious “Best Apprentice Chef Award” in France. This top distinction allowed him to continue his education in the legendary kitchens of France under the masters of haute French cuisine. Alain Ducasse, of the acclaimed Louix XV in Monaco, gave him his first real break at the Les Terrace restaurant in the Juan Les Pins hotel, teaching him about the importance of seasonal cooking and the chemistry of food. Pascal undertook his chef’s training under 3-star Michelin luminaries Roger Verge and Joseph Rostang. Gaston Lenotre, of Lenotre in Paris, taught him how to work with pastry and Jean-Louis Palladin of Jean-Louis in Washington. D.C., served as his mentor when he first came to America in 1982.

Relocating to Miami in 1984, he began this leg of his career as the executive chef of Dominque’s restaurant at the Alexander Hotel, on Miami Beach and held that title at many of South Florida’s highest ranked hotel restaurants for 14 years. In 1989, Chef Oudin won the prestigious “Florida Chef of the Year Award” from Chefs in America Foundation, at the Colonnade Hotel in Coral Gables.

In 1995, while at Grand Café, Oudin was cited by Food & Wine Magazine as one of America’s “Best New Chefs” and by Esquire Magazine as “Best New Chef in Florida.” In 1997, Oudin helped create the concept for the now defunct Sweet Donna’s Country Store in South Miami, where he created his own gourmet product line of dressings and sauces.

In 2000, Oudin realized a lifelong dream and opened Pascal’s on Ponce, an intimate 55-seat French restaurant with sublime contemporary French cuisine, featuring local ingredients, prepared fresh when ordered, utilizing the classical French techniques Oudin gleaned from the masters. It was immediately recognized by food writer John Mariani, in Esquire Magazine, who named Pascal’s on Ponce restaurant as Best New Restaurant in America for 2000. Gourmet magazine called Pascal’s a Neighborhood Gem in 2002 and the New York Times recognized Pascal’s as a top new restaurant in 2003.

Mariani says of Pascal’s on Ponce: “Every flavour is utterly natural and intense… Pascal’s is that rare thing in the Miami area: a restaurant empty of pretention and full of good taste.” 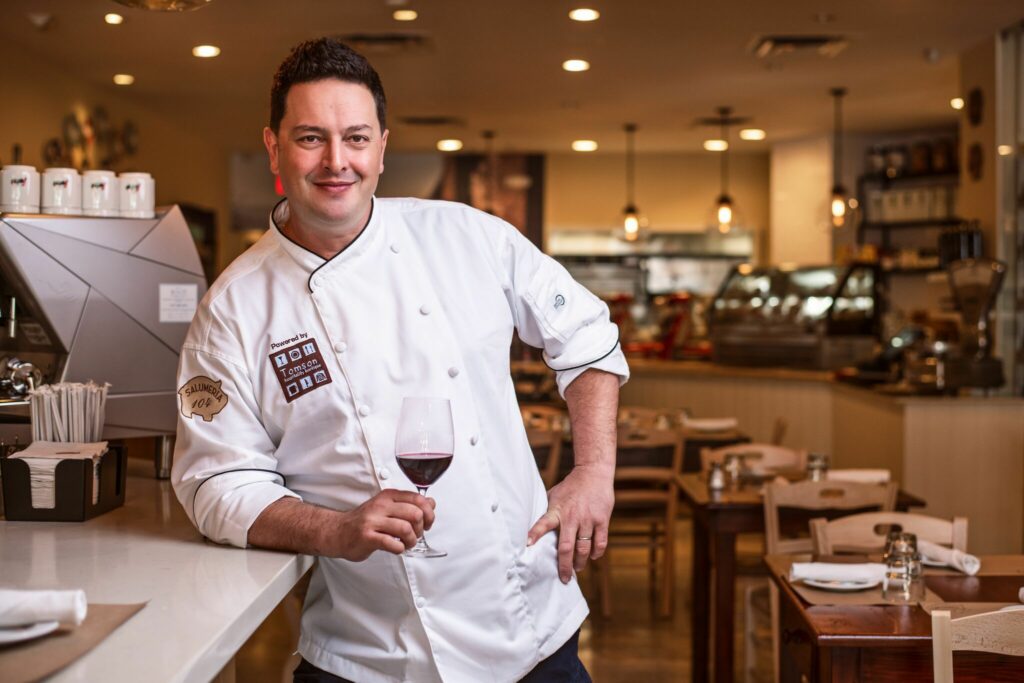 Northern Italy’s rustic charm meets Miami’s vibrancy. Salumeria 104 is a rustic, trattoria-style restaurant serving signature salumi dishes, and traditional home-made Italian classics. Chef & Co-Owner Angelo Masarin is intent on creating dishes inspired by his childhood, such as the ones his grandmother taught him. Chef Angelo’s passion for food comes with the desire to prepare the finest, freshest ingredients.

Chef Masarin truly works to find the best ingredients available on the market by seeking the freshest high-quality items. His main focus is the quality of each product he uses to create a dish. The regular menu offers customers longtime favorites and classic dishes. Chef Angelo’s inventiveness shines in the specials, which change daily based on the season and availability of specialty ingredients. Salumeria 104 offers an affordable, honest, and consistent cuisine which promises to impress the palate. 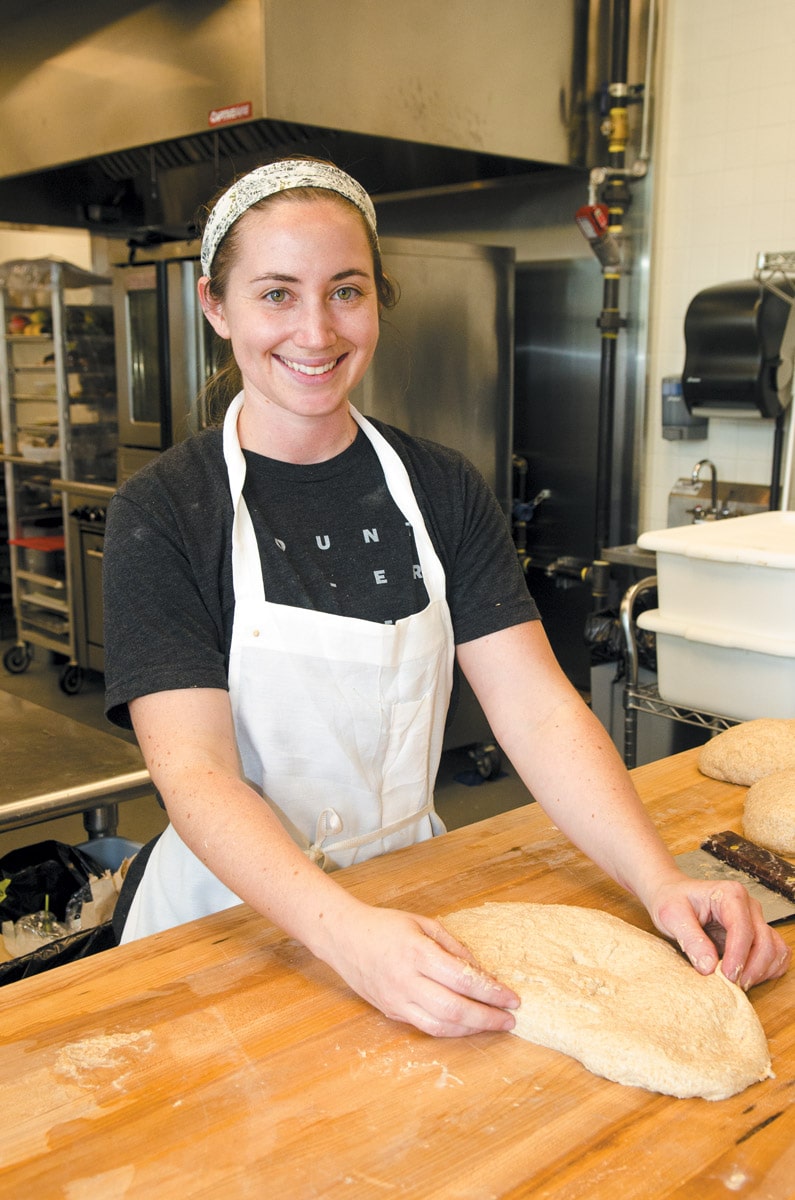 Founder, Naomi, is a third-generation Miami food entrepreneur and a perpetual student of bread. A Palmetto High School and Northwestern University graduate, Naomi fell in love with artisan bread making while working in Alaska at Fire Island Rustic Bakeshop. Inspired to one day open her own bakery, she spent the next few years working, visiting and apprenticing at bakeries throughout the U.S. and Europe. Ready to set up her own shop, it only felt right for her to set roots in the very community in which she grew up. She was compelled to establish a rustic breadshop and cafe focused on thoughtfully created food with equally thoughtful service.