Doubt at the Actors’ Playhouse at the Miracle Theatre 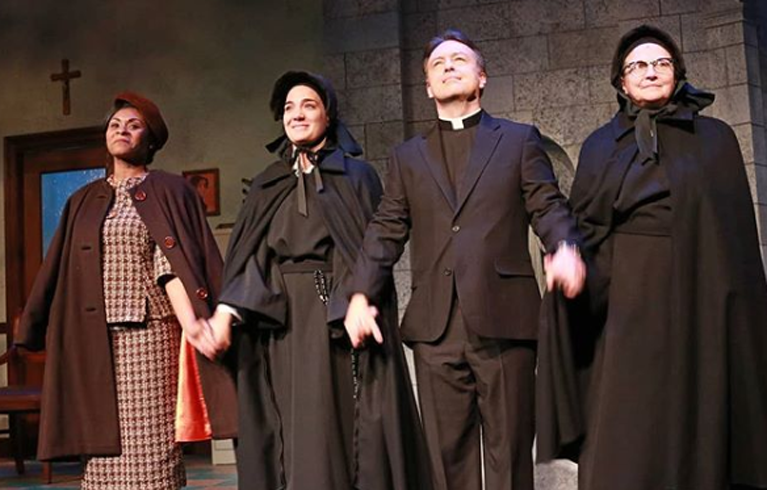 Set during the civil rights era in 1964 at a Catholic school in the Bronx; Doubt: A Parable focuses on the school’s principal, Sister Aloysius, a nun who values a stern hand over progressive education. When the priest, Father Flynn, is suspected of inappropriate behavior with the school’s first black student, Sister Aloysius begins a crusade to rid the church of him — jeopardizing her own career as well as his. As the play unfolds, ideas of compassion, innocence, tolerance and certainty are tested; forcing the question the playwright himself posed: “What is lost and what is gained when the world changes?” Doubt is blunt yet subtle, manipulative but full of empathy for all sides, and a powerful drama that represents the eloquent and provocative investigation of truth and consequences.

The play won the 2005 Tony Award for Best Play and the Pulitzer Prize for Drama. It also received the New York Drama Critics Circle Award, the Drama League Award and the Drama Desk Award. The highly-successful play was turned into an Academy Award-nominated film starring Meryl Streep and Philip Seymour Hoffman.

The Actors’ Playhouse production of Doubt: A Parable features an all-star cast of South Florida’s finest regional talent as well as an outstanding creative team and director.

Ticket prices range from $30 to $75. The Theatre offers 10% off all weekday performances for seniors and $15 student rush tickets to any performance 15 minutes prior to curtain. Group discounts are also available. Tickets can be purchased and more information can be found by calling (305) 444-9293, online, or at the Actors’ Playhouse Box Office at 280 Miracle Mile.

Evening performances will be held Wednesday through Saturday at 8 p.m. and Sunday at 3 p.m.